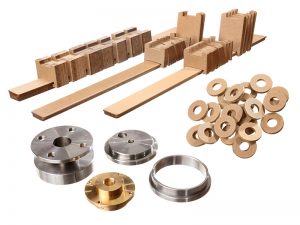 We believe
in better work

Our products are manufactured in a socially responsible environment by people who enjoy what they do. Better work results in better quality – for everyone.

Our vision is to develop and produce high-quality products for our customers with the best possible skills and with the biggest heart in the world. Because of our sustainable model for working, Finvacon is probably the most unique transformer component manufacturer in the world. 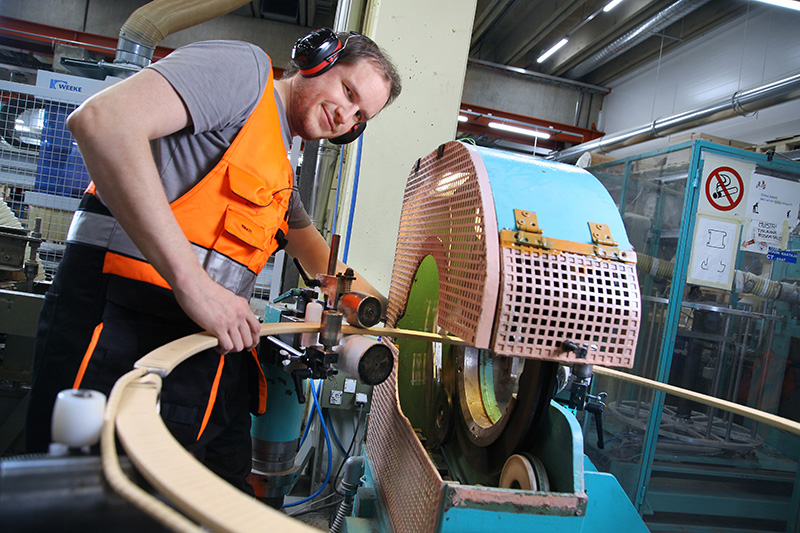 Finvacon Ltd is a full-service, multifunctional company, specialised in subcontracting

• We operate at two facilities in Vaasa: Kivihaka and Strömberg Park
• We are ISO 9001- and ISO 14001-certified
• We employ approximately 100 people
• Our credit rating is AAA 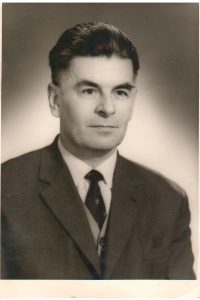 In 1969 John Syring, chairman of Vaasa’s Registered Association of People with Physical Disabilities, noticed many people in the area with limited abilities who still wanted to work. Together with the local employment service, he laid the foundation for a workshop, supported by the Finnish Association of People with Physical Disabilities (FPD). The workshop included a wood, metal, sewing, and assembly department. The origin of Finvacon was born.

The need for money was substantial. The association worked hard to earn money for the workshop by organising tax-free dances, women’s football matches, and moped races, among other things. From the money earned, the workshop received its share.

In 1973, a significant decision was made. It was decided that henceforth people not subject to the Disability Services Act could also undergo work trials and coaching at the workshop. This decision expanded the workshop’s operations. 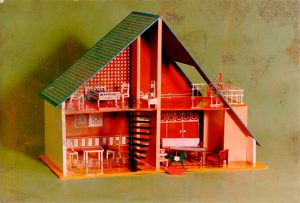 For over 20 years before it was shut down, the sewing and assembly department produced dollhouses completely furnished, right down to the wallpaper on the walls. Since then, the workshop’s own products have diminished in importance, and today Finvacon is primarily a subcontractor.

Originally, the work centre was called Vaasa’s Workshop for People with Disabilities. As the business expanded and increasingly became a “manufacturing industry”, there was a need to get rid of the “workshop image”. For this reason, but also due to the wishes of the employees of sheltered work and for marketing reasons, the name was changed to FINVAC in 1992 (notice the word ‘inva’ in the middle). Finally, at the beginning of 2005, Finvac became a limited company, and at the same time its name became Oy Finvacon Ltd.

The highest authority in Finvacon is held by the board of four members, who are elected among the members of the association, and to whom the Managing Director reports.

Since the very beginning of operations, the disabled have played a key role in the company’s activities.

The employees of sheltered work are people with either physical or mental limitations in working ability. The number of these employees has remained quite the same throughout the years and has varied between 20 and 30 employees.

Since 1987, Finvacon has also employed so-called assistance workers who are of normal working ability but perform the same jobs as the employees of sheltered work and help to guide them in their tasks.

When the manufacturing expanded in 1994 and 1995, it became necessary to hire more people. The decision was made that workers of normal working ability were to be hired in order to be able to deliver all orders. The number of these workers has varied over the years. In 1999 there were five of them, whereas in 2009 their number had already increased to 20 (excluding the assistance workers).

These days, one of the absolute strengths of Finvacon is the efficient uniting of people of so-called normal working ability and people with different kinds of limited ability. In 2021, of Finvacon’s 100 employees, about 50 were people with work limitations. Every year, the company also employs 30-40 young people on work experience and as trainees from colleges. Although the company these days operates on the principles of normal business activity, social employment still plays a key role in its operations, and the desire remains to keep things that way in the future.

Most of the company’s earnings are used to improve the conditions for the company and its employees and to purchase safe and appropriate machinery. 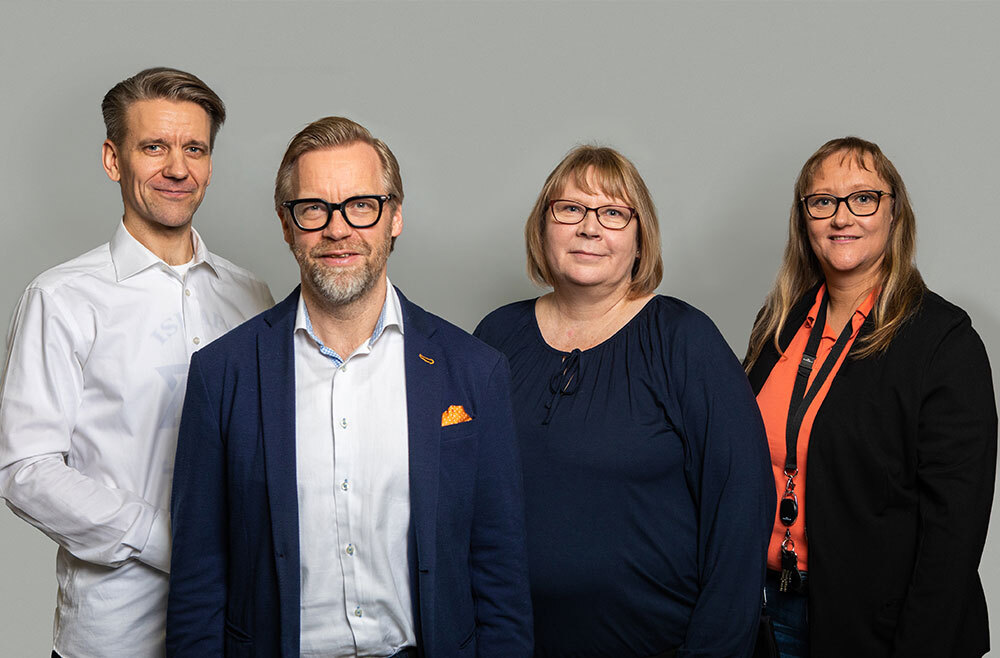 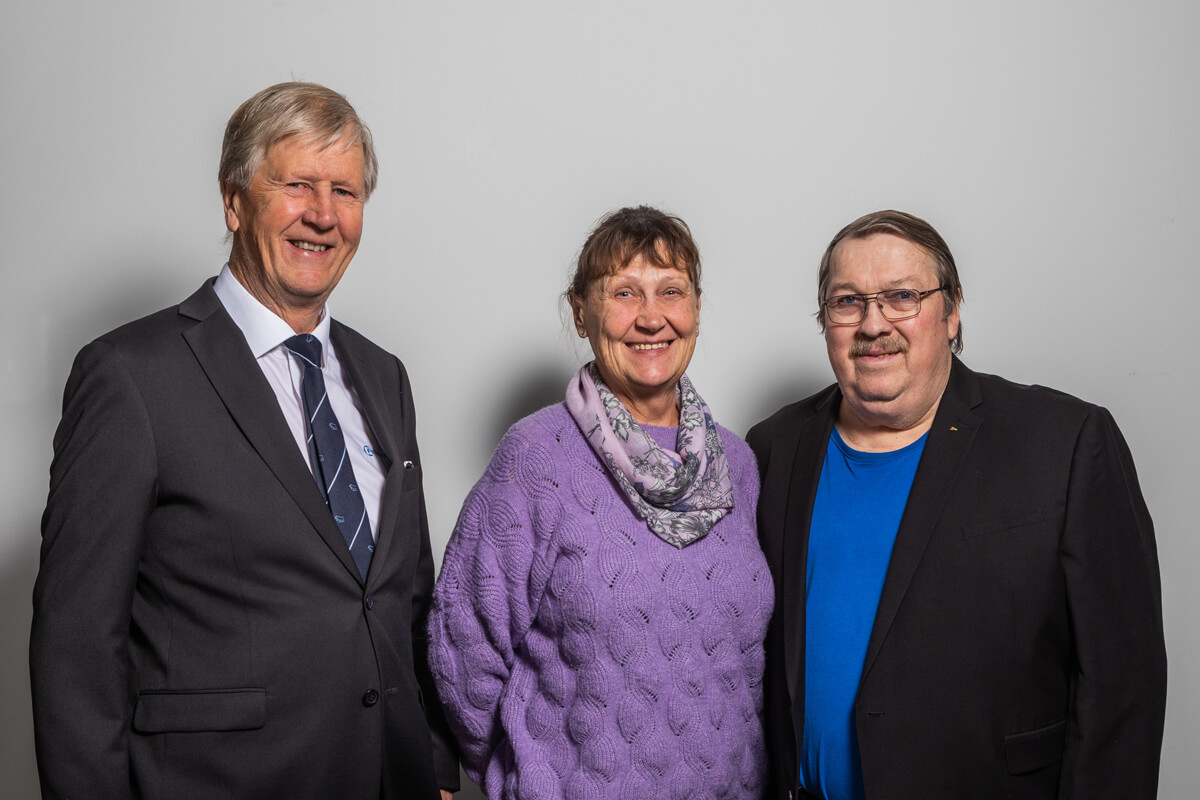